CLARA measures distance in time rather than kilometre’s travelled. CLARA has focussed on delivering a high speed rail network that will place people within 30 minutes of a capital city. 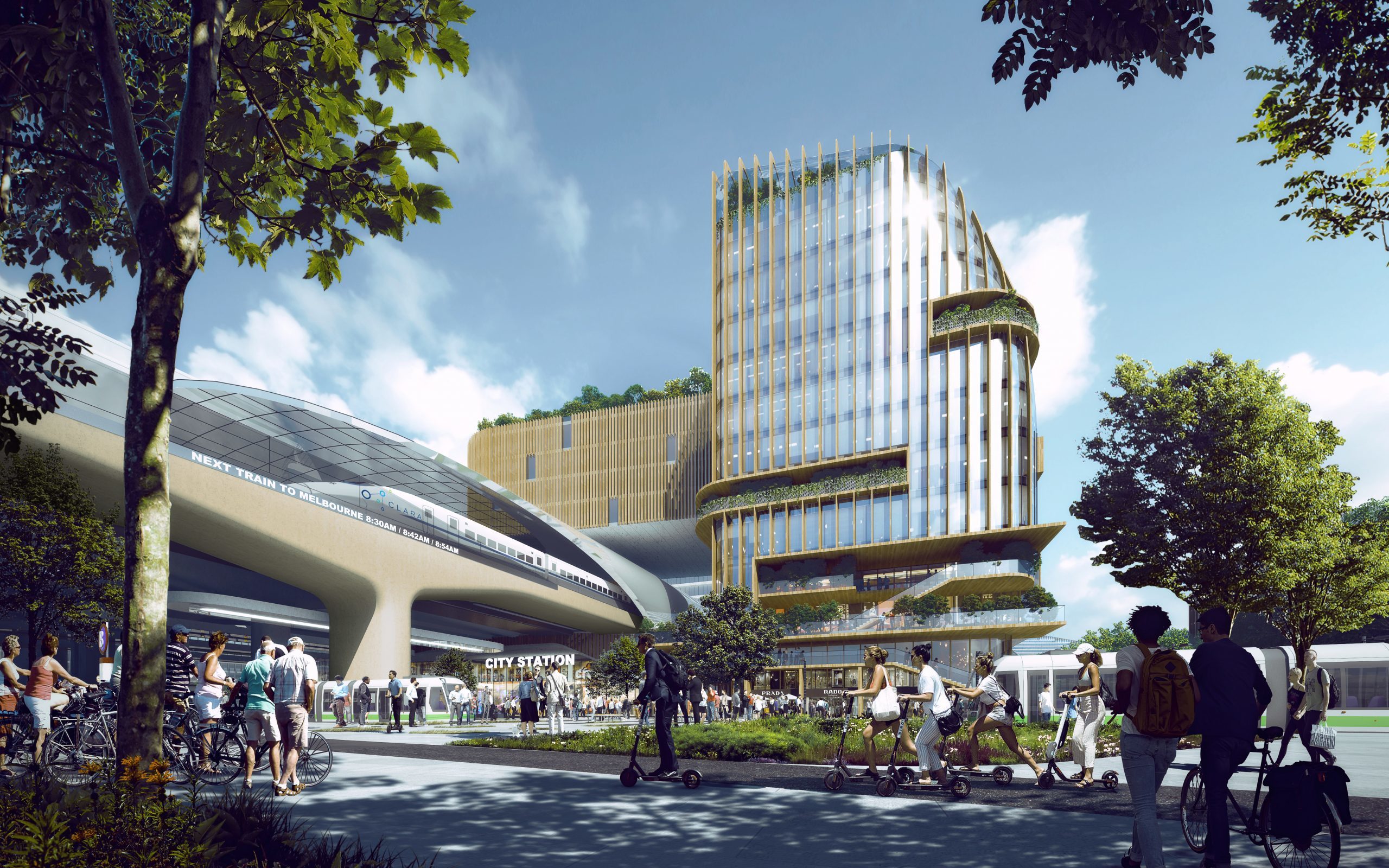 High speed rail enables Australia to overcome the tyranny of distance. When you measure distance in time rather than kilometres travelled you change the conversation as to where people may choose to live. This opens up the potential and opportunity that lies within decentralisation.

A crucial element of the CLARA plan is the development of an efficient and world-class high speed rail system connecting new CLARA smart cities back to the relevant capital city.

Our approach to high speed rail

CLARA’s approach in designing and developing high-speed rail strives to maximise the positive social impact to a CLARA smart city and surrounding regional communities, as well as providing a robust, whole of life, efficient, structural form and rail system solution.

Key to connectivity for a transport system is operational reliability, life-cycle sustainability accessibility, regular services and practicality in maintenance and repair.

There are many technologies around the world that could meet the requirements for high speed rail. These may include;

Two technologies that CLARA has investigated further are the SC Maglev and CRH380BL.

The SC Maglev is a magnetic levitation railway system developed by Japan Railway Company and has reached a speed of 603km/hr.

The CRH380L is a steel-wheel-on-steel-rail system that was developed by CRRC Tangshan Co., Ltd and has reached a record speed of 487.3km.